We have just produced our second newsletter with details of what the GPCS team have been up to over the past 6 months.  If you would like to be added to our mailing list, feel free to email any of the team and we will add you to our mailing list.

We are currently carrying out fieldwork in two case study sites and finalising our data collection from the first two sites.  We are also in the process of analysing our initial data.
Posted by Unknown at 06:22 No comments:


Tomorrow myself and Layla Skinns will be presenting some early findings from our research. Please treat them with caution, as they remain preliminary at this stage of the research; we still have a long way to go before we finish collecting and analysing the data from the study. We, nonetheless, welcome constructive feedback and comments: @policecustody.

Without giving too much away we shall be focusing on describing the different types of custody suites we have identified, as well as the conditions of detention and the use of discretion in these different settings.  We hope that these initial findings will help provide some interesting discussion and thoughts moving forward.
Posted by Unknown at 09:53 No comments:

Our first bi-annual newsletter has now been distributed.  This explains the remit of the 'Good' Police Custody Project in more detail and highlights our progress on the project to date.  We have sent this to our current database of contacts, so if you have not received it and would like to, please get in contact with a member of the research team - my contact details are available here:  https://www.shef.ac.uk/law/staff/academic/awooff
Alternatively, if you know of any others who know of any others who would be interested in receiving our newsletter then please let me know.

The first phase of the project is underway. This involves us surveying custody managers in as many of the 24-7 police custody facilities across the country as possible. The survey takes 30-60 mins to complete and will be helpful for improving our understanding of how police custody is delivered across England and Wales, including about the management and mix of public and private employees, the throughput of detainees and the numbers of staff located in the custody facility. The purpose of this is to have have an understanding of the variations in how police custody is delivered, nationally, so that we can begin to identify different types of custody set-ups. In addition, this survey will help us to shortlist potential case study locations for phase two and develop our police custody benchmarking tool in phase four.

At the moment we have 19 police forces in England and Wales taking part in this phase of the project, however, to get as complete a picture of police custody as possible, we are keen to get all police forces on board. If you would be interested in taking part in this study or are keen to have some more information, feel free to get in touch with any of the team at the University of Sheffield or tweet us @policecustody .
Posted by Unknown at 02:28 No comments:

An introduction to the project team

Having introduced the project in the previous post, I thought  it would be worthwhile introducing the project team.

Based in the School of Law at the University of Sheffield, there are four of us working in the project in various capacities. Layla Skinns is the principle investigator: 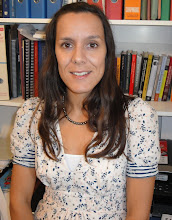 I am a Senior Lecturer in Criminology and a member of the Centre for Criminological Research at the University of Sheffield. My main areas of interest are currently police, policing and police legitimacy, in the context of the police custody process in England and Wales, and in other common-law jurisdictions. She also has a strong interest in multi-agency criminal justice partnerships, such as the community safety partnerships, which was the subject of my PhD, and a growing interest in the use of restorative justice in schools. I also have a keen interest in mixed-methods research. For up-to-date information about my academic life please see my blog:http://laylaskinns.blogspot.com/.

My name is Andrew Wooff and I have joined this project as a Research Associate.  Before joining the University of Sheffield, I spent 9 years at the University of Dundee in the Geography department.  I am in the process of completing a PhD there which explores anti-social behaviour in rural Scotland.  This research involved working closely with the police and with 'at risk' young people.  I also have an undergraduate and MSc  in Geography from the University of Dundee.

I have done various research projects with the police in Scotland, including a three month placement working on police reform in the national police training college. This work involved looking at partnership working in the new police setup in Scotland. Through the Scottish Institute for  Policing Research, I have also assisted on various policing related projects, including examining the community policing model in Fife and looking at occupational culture pre-police reform in Scotland.

I have previously worked on several research projects that have focussed on disadvantaged or ‘at risk’ young people, the most recent being the London Education and Inclusion Project – a collaborative research project between The University of Cambridge, Catch 22 and The Greater London Authority.

Dr Lindsay Stirton joins the project as a statistician, providing guidance and support for the research design and multilevel analysis phase of the project. He studied public law and jurisprudence at the University of Glasgow, graduating with first class honours. He undertook postgraduate study at the London School of Economics and Political Science, obtaining an MSc in Regulation before undertaking doctoral studies in the regulation of health services in the UK (PhD awarded 2005). Before joining the University of Sheffield, and held academic appointments at the University of the West Indies (Mona), the London School of Economics and Political Science, the University of East Anglia and the University of Manchester. During his doctoral studies he was awarded the Lady Alma Birk Prize for Outstanding Work in Pursuance of a PhD. His paper with T T Arvind (University of York) on "Using Fuzzy-Set Qualitative Comparative Analysis to Explain the Reception of the Code Napoleon in Germany" was awarded the SLS Best Paper Prize 2009.

Feel free to contact any of the project team with any questions or for further information.
Posted by Unknown at 04:01 No comments:

Introduction to the project


The title of this research project is 'Good' police custody: theorizing the 'is' and the 'ought'. It commenced in September 2013, taking in multiple sites in the UK over a three-year period.

Police custody is where an arrested person is taken whilst a decision is reached about what should be done with the case, for example whether to charge or bail them. It is therefore an important gateway to the criminal justice process, where much is at stake for suspects and staff. In recent years, there have been changes to the way that police custody areas are staffed and managed, in particular, civilianization of roles formerly done by police officers has given way to privatization through the use of public-finance initiatives (i.e. when a private security company owns and/or manages a police custody suite and the police let it from them).

Aims of the research

1. Describe and appraise variations in police custody arrangements across the UK.

2. Identify the key dimensions of police custody areas in operation. They might include occupational culture(s), power, fairness, justice, emotions and relationships, cost, governance and accountability.


3. Explore how police custody arrangements such as civilianisation and privatisation impact on these key dimensions of police custody.


4. Conceptualise and theorise the dimensions of 'good' police custody and the links between them, and examine the implications for 'good' policing.


5. Develop benchmarks and a survey tool to monitor and improve police custody facilities, complementing the inspections conducted by HMIP/HMIC.


Impact
Though the study will be of great interest to academics and researchers, it will also be of interest to key stakeholders such as the 52 police organisations in the UK, HMIC, HMIP, the IPCC, as well as private security companies contracted to manage/staff police custody areas. These key stakeholders will be provided with a better understanding of:


- How police custody operates in practice and also how it should operate. Much research in the past has focused on police malpractice, whereas the proposed research will examine what constitutes 'good' police custody practices. Such information could be used to enhance public confidence in the police and to increase the likelihood that the public continue to cooperate and engaged with the police in the future.


- How to monitor and improve police custody practices on an ongoing and long-term basis. The research will lead to benchmarks and a survey tool which police organisations can use to measure their performance and which will be complementary to HMIC/HMIP inspections.

- How to balance the need for cost-effective public service delivery with the need for security, fairness, justice, legitimacy and accountability, under austere financial conditions.
Posted by Unknown at 02:11 No comments: